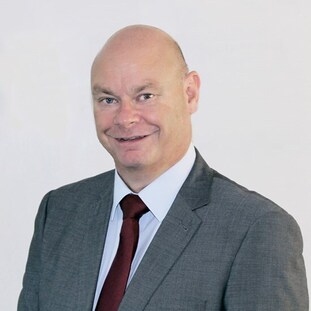 Operational Support Grades, and Psychiatric workers in Secure Hospitals.  He has been General Secretary since 2010 and has just won a third term of Office.  Previous to that he was the Union’s Finance Officer, Vice Chairman and Assistant General Secretary.

Originally from Greenock in Scotland as a child his family moved to Australia and then back to the UK where they settled in Basildon, Essex.

Steve had a variety of jobs when he left school at the age of 16 years of age including Banking, Retail, Ford Motor Company, and then the Prison Service where he championed and campaigned for workers’ rights eventually leading to him being elected to National level to continue representing POA members.  He describes himself as a working- class man who will never forget his roots and the struggles that working- class families such as his always had.  He believes that no one should ever be embarrassed about where they came from and indeed should be proud and champion their background.

All his qualifications were achieved outside of school at college night classes.  When he became General Secretary of the POA he was selected for a scholarship at Harvard University in Boston, USA where he studied “Leading Change” by some of the best Professors in the world. The six-week course was designed by leading Academics and Trade Unionists.  The aim was to give leading trade unionists the skills and knowledge to the same standards as Government officials.

Since becoming General Secretary he has been elected to the General Council of the TUC and also appointed onto the TUC Executive Committee.  He Chairs the TUC Trades Council Committee on whom he describes as the activists at the heartbeat of the trade union movement in our communities.

He was also recently appointed to the Central Arbitration Committee by the Secretary of State for Business, Energy and Industrial Strategy (BEIS) for a period of 5 years.

Steve has called for mentally ill people being diverted away from Prison and his personal belief is that Prisons in the UK are far too overcrowded and that more should be done by Government to divert young people away from a life of crime by investing in decent affordable homes, decent jobs and giving young people a sense of hope and value with a better education particularly in our inner cities.  He has seen over the last 30 years in the POA too many young lives being wasted in Prison with a revolving door.