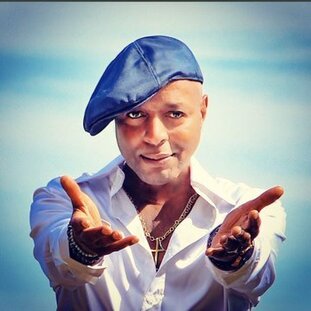 Celebrating over 30 years in the entertainment industry, Leee John has been an all round artist, singer, writer, record producer, actor and recently, a film producer.  Leee came to the world’s attention with his group Imagination which he founded in the early 80’s.  Imagination featuring Leee John now presents ‘Police and Thieves’ created for the 2018 Do it Right Now campaign which is a version of Junior Murvin’s 1977 hit tune ‘Police and Thieves’ inspired by Leee’s observations of the challenges facing young people today.

His aim with this song is designed to assist in helping and supporting young people globally to make the right life choices and ultimately achieve their full potential and in turn becoming positive contributors to their communities and society as a whole.  The ‘Do it Right Now’ initiative is a campaign to enhance people to embrace the moment and make the most of life and acts as central focus point of a bigger global campaign.

He Ain’t Heavy, He’s My Brother Homeless Worldwide was formed to help coordinate the creation of a celebrity performed charitable single to raise money for homeless and veteran charities in London and the UK.

Leee is an Ambassador for SOS Children’s Villages, an international orphan charity providing homes and mothers for orphaned and abandoned children. He currently supports the charity’s annual World Orphan Week campaign which takes place each February.

Leee has recently appeared on the track “The Lost Chord” by Gorillaz for their Song Machine project, which was followed by the album Song Machine, Season One: Strange Timez.