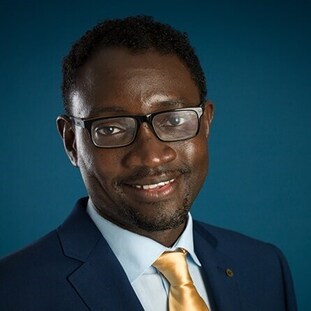 with experience in the oil and energy industry. He is also a fellow of the Institution of Chemical Engineers and the Principal Process Engineer at Inventive Engineering Solutions Ltd and Chair of AFBE-UK Scotland.

Dr. Folayan believes racial disparity begins at the very early stages of education where people from BAME communities have neither the quality of education nor the family support to maximise their potential in STEM subjects. For many, much of the teaching material is not easily relatable. This then results in many BAME people missing out on places in the better-funded universities and eventually lower employment rates with the more reputable companies.

When these young people get into employment, often after a longer period of searching than their counterparts, they come into an industry in which they have few role models in positions of influence to look up to or the support networks to help them make good career decisions.

This is why Dr. Ollie believes a serious drive to achieve racial parity must therefore involve more research into the underrepresentation of BAME people in engineering, greater investment into the funding of STEM education in inner city schools and relatively deprived areas where BAME communities often are, addressing the relatively low uptake of BAME students in Russell Group universities, better integration between industry and schools, and government-led incentives for companies that invest in STEM in their communities, greater visibility of engineering role models from BAME communities in culture and society at large, greater support for local grassroots initiatives rather than an emphasis on large events, companies not only being held accountable but being rewarded and recognised for their efforts at achieving diversity and inclusion.

Engineering runs deep in Dr. Folayan’s family; his sister Dr. Nike Folayan MBE, CEng, FIET has been accepted to the Lewis Hamilton Commission for Increasing Diversity in Motorsport, in collaboration with the Royal Academy of Engineering.