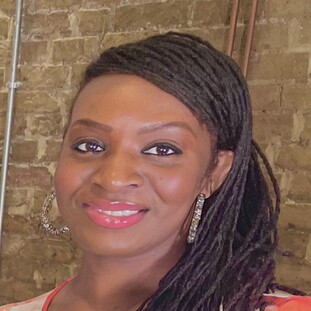 Rachel is the owner of TEDx Lewisham and a Public Speaker, delivering talks, conversations and thought leaderships to

Rachel is also an elected Councillor in the London Borough of Lewisham having been elected twice since 2014.

Rachel is also the owner of a brand called Onthesofa encompassing a Vlogcast (currently hosted on Youtube) and a Public Speaking platform. The overarching aim of ‘OntheSofa’ is to empower individuals to achieve their desired visions and goals.

Sitting as a Non- Executive Director with the Consumer Council for Water (CCW), (a Public Body) with responsibilities that include providing high level scrutiny, challenge and direction to CCW to ensure a strong and robust corporate and financial strategy for the benefit of water customers across England and Wales.

Rachel is also a Non-Executive Director of the newly formed organisation, the Independent Funeral Standards Organisation (IFSO), an organisation set up in 2021 to better regulate the funeral sector to protect consumers, ensure tougher sanctions for bad practice and regulate funeral arrangements and inspections to a high ethical standard. Her focus is to ensure that the Board develops a strong and evolving strategic vision for best and fair sector regulation whilst advocating on behalf of customers the principle – ‘ good service standards at value for money’

Rachel is also a Board Trustee with Victim Support, the national independent voice for victims and also sits as a member of the Lay Magistracy in two South-East London Magistrates Courts.

Rachel is also a school governor at two primary schools within the London Borough of Lewisham.