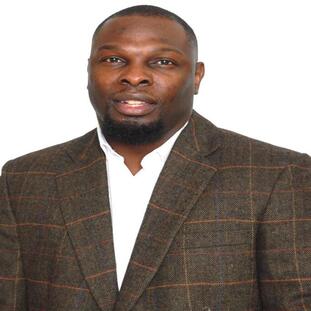 Gwenton is one of the founders of the London Gang Exit program saving the states over £6 million by relocating young people to safe houses, young people and their families after-care and wraparound service enabling the young people  to have a fresh start.

Gwenton has worked in the housing sector as a specialist in relation to the housing of ex offenders, vulnerable young people and their families for over 10 years. During this time he became involved in the professional development of professionals in related sectors through his training and books. He has made a point of remaining rooted in the communities he serves which he believes has greatly contributed to the efficacy of his work.
Gwenton is recognised as having saved more lives than any other individual working in the violence sector over the last 10 years. The Home Office describe his amazing achievements in monitory terms by stating that he has saved the state approximately £42,500,000 during that period because in that time he has saved at least two lives a year, and the cost of investigating a murder is at least £1,700,000. It works out to approximately four lives a year over that period. We know it must be more than that because he is called at least twice a week to help families assessed as being at risk, move to a safe location.
They are only deemed to be at risk when a proven murder attempt has taken place by an individual or individuals who have a track record of murder, which is known either through intelligence from a number of sources and or prior convictions.  He does not deliver this service on a 9-5 basis because as we know the street never sleeps. As a consequence he is often in the homes of frightened families in the early hours of the morning reassuring frightened mothers and siblings that they will be taken to a place where they will be able to sleep at night and step out of their front door without fear.
Often even with the threat of death hanging over their heads these families choose not to move, in such cases Gwenton can find himself back at the Nine Night of the young person and the family he had previously tried to save from the ultimate loss.