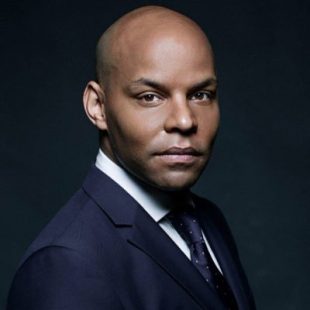 Greg McKenzie is a multi-award-winning BBC Broadcast Journalist who is also a self-shoot director and producer, a ‘jack of all trades’.

Having spent more than 15 years at the BBC he is one of the most creative and dynamic multi-platform journalists in the corporation.

For the past five years, a radical new church has been promising hundreds of young people an escape from gangs and crime and a pathway to salvation through prosperity and success. SPACNation, the Salvation Proclaimers Anointed Church, holds services in hotels, conference halls, and football grounds. Its leader, Tobi Adegboyega, has been courted by politicians and the media for his work in tackling gang violence. But Panorama had discovered how the church’s outward show of concern for young people hid a less than charitable appetite for money. Reporter Greg McKenzie investigated its fundraising activities and spoke to young worshippers who said they’d been forced into debt whilst church leaders enjoyed lavish lifestyles.

This is Greg’s second BBC Panorama, his first in 2018 investigated how antique guns are being brought into the UK perfectly legally and ending up in the hands of criminals. Panorama buys two handguns, one in America, carrying it through customs, and the other from an antique guns fair in Birmingham. Under current legislation it is legal to buy and sell guns provided commercially manufactured ammunition is no longer available. But criminals are home making ammunition for these antique weapons and then using them to kill. Gloucester gun dealer Paul Edmunds flooded the streets of Birmingham and London with antique guns as well as modern guns passed off as antiques. These weapons have been used in multiple murders. Now West Midlands Police and the National Ballistics Intelligence Service are calling for a change in the law to close this loophole.

Greg has worked tirelessly within the black community often bringing stories to the news agenda that often fall off from other broadcaster’s radars. He has also reported on more than 70 murders in the capital over the last two years.

Greg exclusively obtained reporting on victims caught up in London’s gang crime, gained access to those involved in the London Riots, Restorative Justice – A Mother’s Tale, The Day In The Life Of a Social Worker -10 years on from the death of Victoria Climbie, the Victoria Station gang murder – Sofyen Belamouadden. Greg is the voice you hear when eating your cornflakes keeping you informed about the goings-on in London and is often first to report from the streets of the capital when most are tucked up in bed.

You can catch him most days on the radio or on-screen reporting for BBC One Panorama, BBC Breakfast News, BBC News Channel, BBC World News, BBC London TV News, BBC The One Show and daily on The Vanessa Feltz Breakfast Show on BBC Radio London 94.9FM