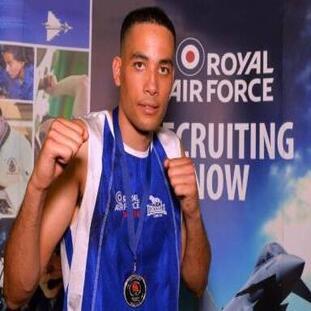 Born in Edgware, North West London, Salim Hill left Secondary education in 2002, having gained 9 GCSE’s and 3 A Levels. Throughout his secondary education his biggest passion was sport. His love for sport was a major contributing factor for him joining the Royal Air Force due to the potential for pursuing sporting opportunities at the same time as a developing career and continuing education.

As a Royal Air Force Aircraft Technician (Mechanical,) he worked on various aircraft including the Nimrod MR2, Tornado GR4, Tri-Star, Chinook and Puma which allowed him to travel all over the world on exercises and operations. Salim also worked as an Armed Forces Recruiter in London and phase 2 technical training instructor at DCAE Cosford. He reached the rank of Sgt before commissioning in 2020 as an Engineering Officer (Communications) following completion of a BSc (Hons) Engineering Management degree.

As well as working at the Force Head Quarters as an Engineering Communications Officer, planning Exercises and Operations, Salim volunteers as a coach at various London boxing gyms, mentoring and developing young people from all backgrounds by building confidence, and improving fitness.  He is a Royal Air Force BAME Ambassador, educating and driving change and breaking down barriers within the force.  He is an effective role model that young people can relate to, supporting others in fulfilling their potential.  He has represented the Royal Air Force at No.10 Downing street in a summit to discuss solutions for tackling violent crime, particularly amongst young people.

Salim currently lives at RAF Benson, Oxford with his wife and children but as a keen Arsenal supporter, he still regularly comes back to London to watch them as a season ticket holder.