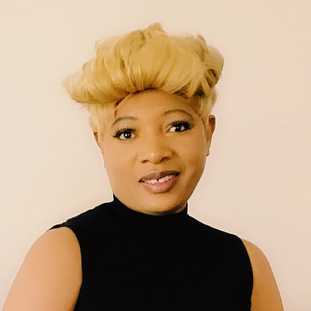 To her, football isn’t just a sport, it’s a way of life.  Ellen Chiwenga is a FIFA Football Match Agent, as well as a member of the

Association of Footballs Agents (AFA), the International Association of FIFA Licensed Football Match Agents (FIFMA), and Women in Football (WIF) from Zimbabwe.  She has been working in the world of football for more than 15 years.

During all those years, she has learned step by step all the aspects of the game, from grassroots and scouting to tactics, global business development and transfers. Through her drive to make a change in a male-dominated industry and ambition to promote diversity and equality in the game, she is today the only woman Football Match Agent in England and the only African woman Football Match Agent in the world.

United Kingdom-based Zimbabwean football intermediary Ellen Chiwenga who is also one of the advisors for the governing body’s Ethics and Regulations Watch, has finally decided that her wealth of experience in the administration of the sport benefits the local game.

As part of her duties, Ellen legally represents athletes by checking their contracts and negotiating their employment. She is responsible for the communication between the managers and individuals she represents to ensure that both sides are satisfied. She also arranges worldwide matches between teams belonging to different Confederations, such as friendly matches and tournaments between national teams or clubs.

She is planning to lead the football governing body in the country and in February 2020 she announced her ambitions to contest for the next ZIFA (Zimbabwe Football Association) president’s position which is expected to be held in 2023. She will become the first female candidate to contest for this position in the history of Zimbabwean football if she decides to fulfill her ambition.

Wllen was named the Best African Women making a difference in the Sports category at the African Virtuous Women Awards in 2018.

She was also appointed the brand ambassador of the Pakistan club FC Karachi in 2018 and was awarded the Personality of the Year Award under the 2017 Zimbabwe Achievers Awards.

In August 2019, Ellen Chiwenga was appointed Global Goodwill Ambassador of Bring Hope Humanitarian Foundation (BHHF), a charity organisation that delivers humanitarian aid and medicines to internally displaced people, refugees, and people in need around the world.

She is also a member of the ‘Right to Play’ Partnerships Committee and in January 2020 was awarded the Medal of Knight of the Order of Lafayette.

Ellen knows that football has the power to inspire and drive change in our communities; the power to make them healthier and stronger, and this is one of the many reasons why she loves football so much.